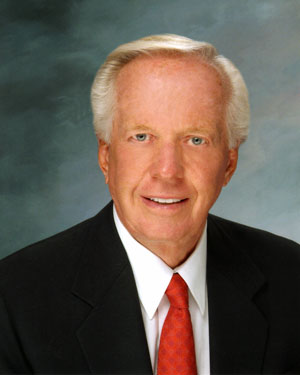 Jay Janssen is one of the most preeminent and successful lawyers in Illinois for the past 50 years. Beginning in 1960s with a focus on product liabilities, Jay has built a career based on integrity, tenacity and defending those who have been mistreated or injured. Over that time, he has taken on and won many important cases against large pharmaceutical, insurance, automotive and Fortune 100 companies. Some of those cases have resulted in changes in the law and greater product safety.

Born in Peoria, Ill., Jay graduated from Bradley University in 1959 with a B.S. in Political Science, and received his Juris Doctor from the University of Illinois in 1961. He was admitted to the Illinois Bar Association that same year. Since that time, Jay has argued cases before the US District Court, Central District Court of Illinois, the US Seventh Circuit Court and the US Supreme Court.

Jay has received numerous awards and accolades including being named a Leading American Attorney®, Illinois Super Lawyer® and to the Bar Register of Preeminent Lawyers™. He also has received the highest national rating from Martindale AV® as well as being named one of America’s Premier Lawyers by Fortune.

Jay Janssen is one of the most preeminent and successful lawyers in Illinois for the past 50 years.

Scott E. Umland is a seasoned lawyer with an expertise in personal litigation related to insurance companies.